As Yuma’s heat dial inches toward “sweltering” with the approach of summer, you’re likely stocking up on floaties and sunblock – but you might also consider adding a refresher in water safety to that list of essentials before your next poolside afternoon. According to City of Yuma Fire Department public information officer Mike Erfert, children under the age of five are at the highest risk of water-related injuries and fatalities. Last summer, the city responded to five drowning and near-drowning incidents involving bathtubs and backyard pools, three of which were fatal. Each of the victims were between the ages of one and three. “In the 15 years I’ve been with the department, 2020 is the worst year that I can recall for child drowning deaths,” Erfert said. These tragedies can be avoided, he added, and prevention is as simple as ABC. According to Erfert, drownings only require an inch or so of water; that’s why, of all the precautionary measures, adult supervision is most critical. Anytime children are in or near any body of water – whether it be an inground, plastic or inflatable pool, a five-gallon bucket filled with water or even a bathtub – they need “constant, responsible, undistracted adult supervision,” Erfert said. For activities like pool parties, Erfert recommends designating a “water watcher” – someone whose sole responsibility is watching the children at play. If for some reason they need to step away, another vigilante needs to take over; if that isn’t an option, everyone should leave the pool area until the next available adult is fully present. And the more children there are splashing around, the more adults that are needed. “We hear these things like, ‘I just stepped away for a few seconds’ or ‘I was just distracted for a few seconds,’ and in those few seconds things happened,” said Erfert. “Constant, responsible, focused, even relentless adult supervision of children around water is critical; the consequences of failure in that area are just too great.” attraction,” Erfert said. “Kids see those things floating around and they get pretty creative about defeating barriers.” Patio furniture is another peripheral danger to consider; if they’re set up near the enclosure, a table or chair could easily assist a small child in climbing over the barricade into the pool area. Alarms are a worthwhile investment if there are tots in your household, Erfert added. He suggests installing alarms on the doors leading out to the pool, and replacing their batteries regularly. They may be an audible nuisance, but they could be the key intervention in a high-risk situation. When surveying your pool area, Erfert suggests looking through a toddler’s lens. “Don’t look at it as an adult, but look at it from the standpoint of a four-, three- or two-year old,” he said. “They’re capable of a lot of movement, and they’re fast. They don’t take up much space and that’s where things like doggy doors are often overlooked.” Look for gaps in your fencing, Erfert said; if it was installed next to a wall, there could be a small enough opening between them for a tot to slide right through. And if the base of your fencing was buried in dirt, walk the perimeter to check for any holes that a child could crawl through. It may sound excessive, but it’s essential. “In case one area fails, maybe another can make a difference,” said Erfert. “When you look back on some of the tragedies that have occurred, most of them come down to those things – there was some sort of a distraction or it was thought that the house was secured and wasn’t noticed that the child had slipped out and slipped past the barriers without being seen.” 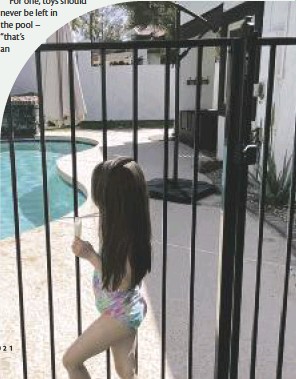 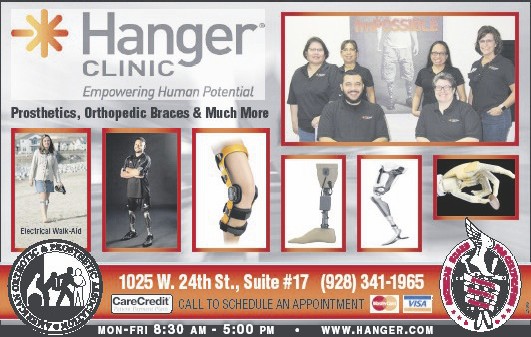