Army Staff Sgt. Charlie Brooks is currently serving at U.S. Army Yuma Proving Ground (YPG) as a Special Operations Combat Medic for the Military Free Fall School. Brooks joined the U.S. Army in 2008 and has served overseas in Germany and in the states in Washington and currently in Arizona. During the last 12 years he has deployed to Afghanistan, Korea, and Thailand. In his spare time, Brooks is a volunteer for the American Red Cross and recently organized a blood drive at YPG. He’s also an avid outdoorsman. Brooks is married to Amber and they have two small children. 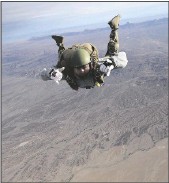 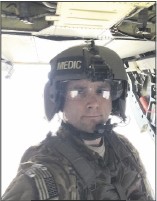